From an early age, Matthieu Atzenhoffer liked to get his hands dirty, often helping his mother or grandmother with the brioches and cakes they used to bake.

After obtaining a diploma in accounting and management in 2009, he was drawn to the world of fermentation. A 180 degree turn away from the world of data took place.

He decided to train as a baker in his home town of Haguenau in Alsace. Barely graduated, he left for Paris to discover the fascinating world of sourdough before returning to his native Alsace the following year. Curious, the young man decided to continue his journey across the Rhine in Berlin, until eventually deciding to settle down in Barcelona in Spain. 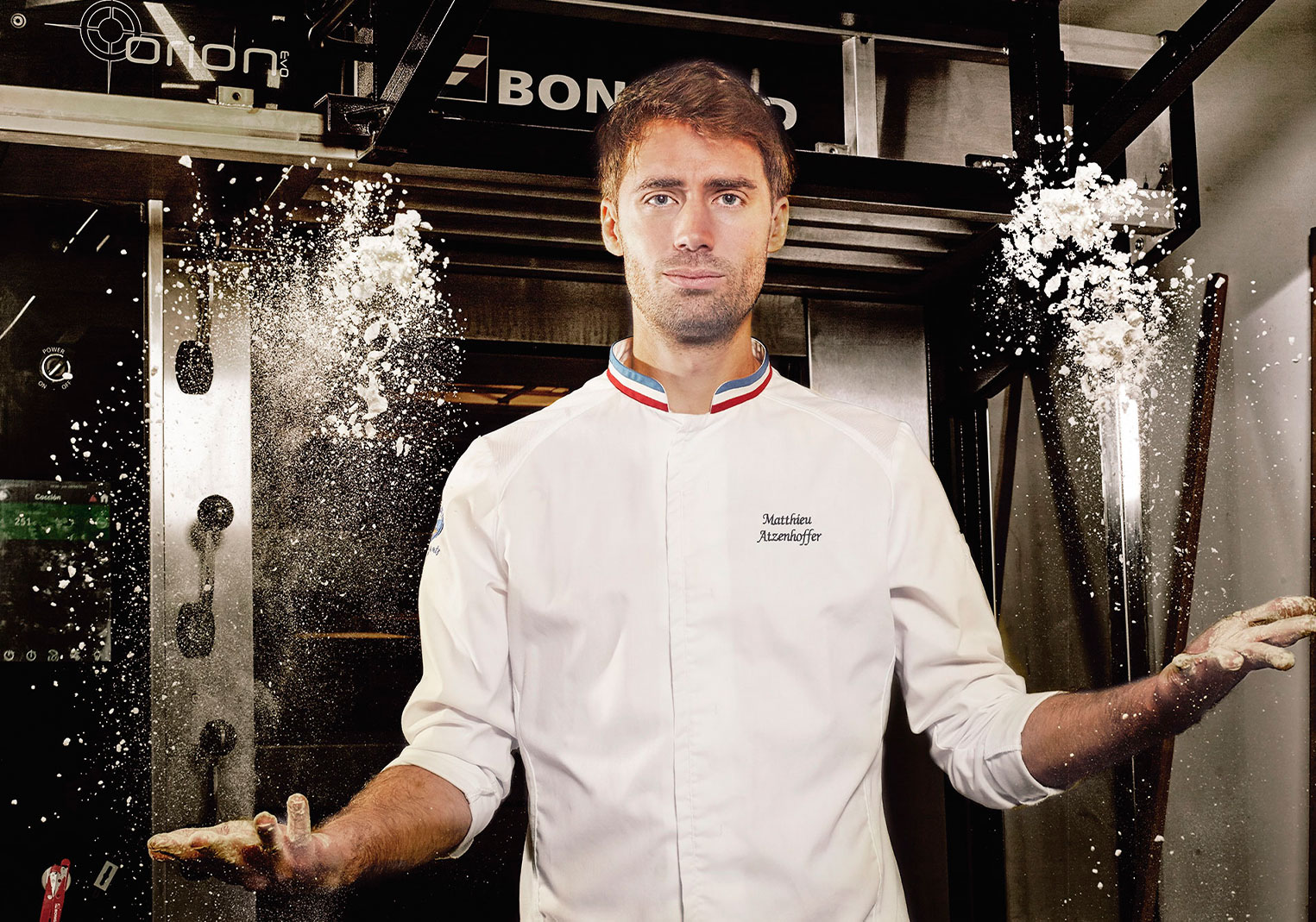 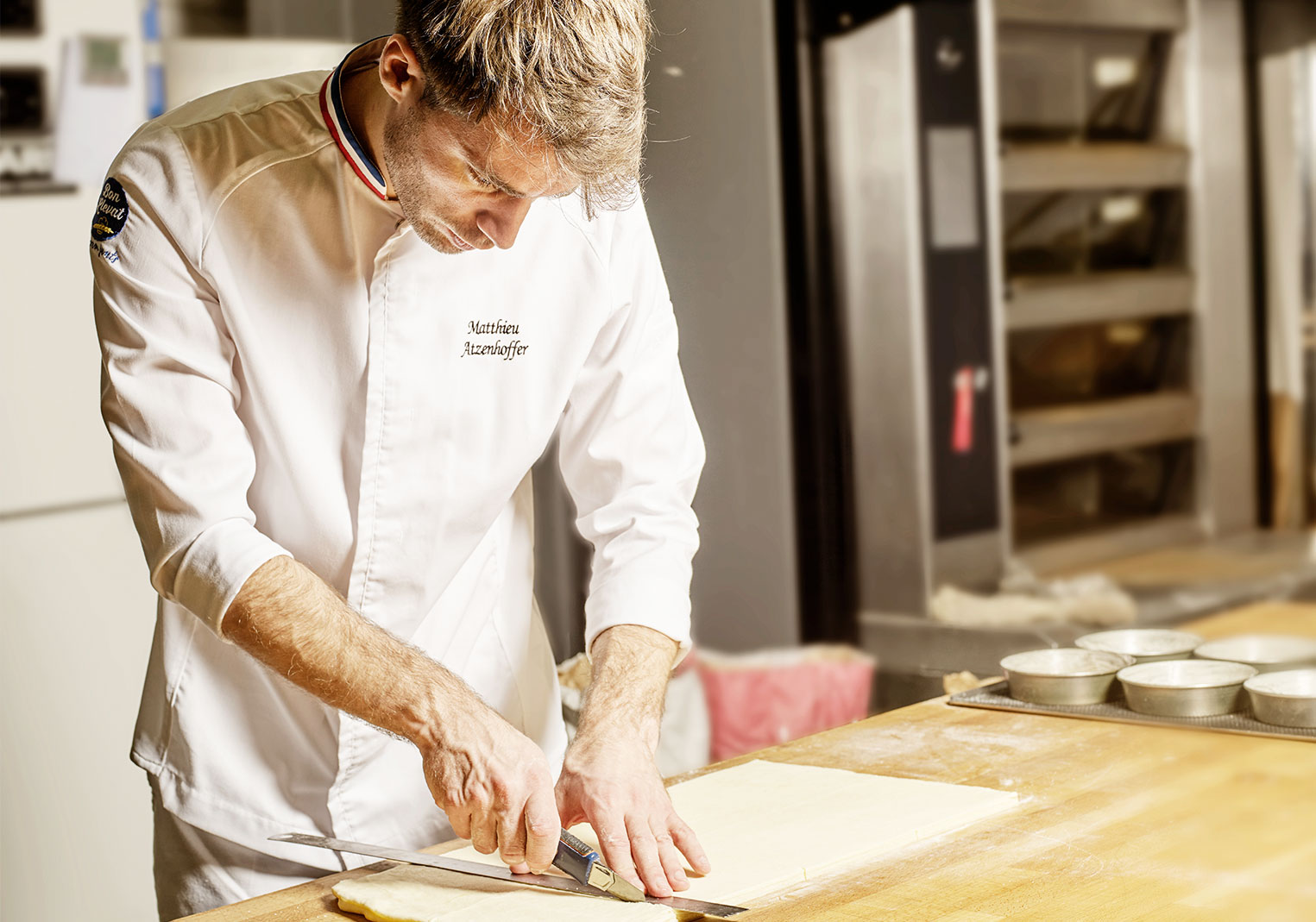 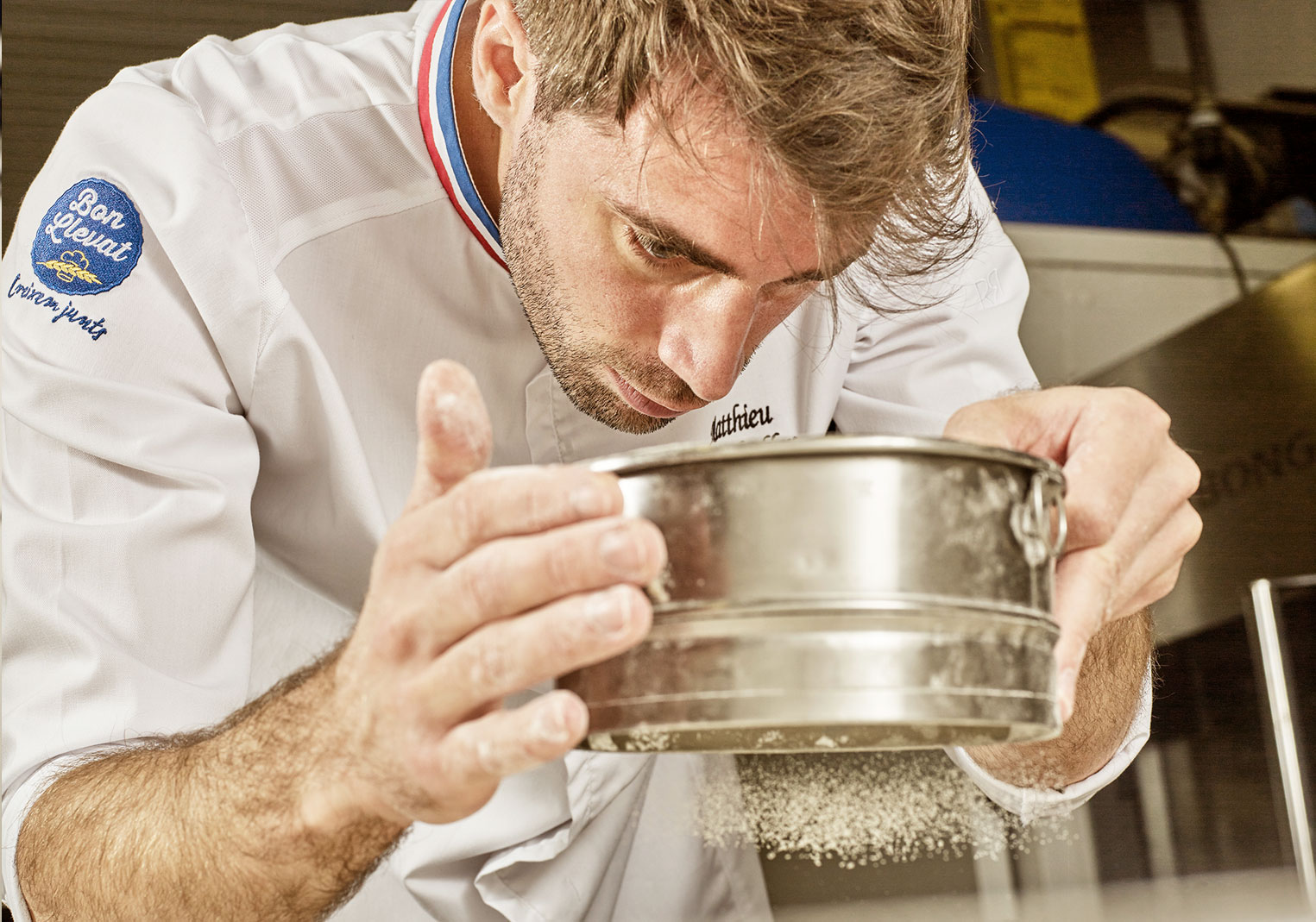 Passionate, and with the desire to set himself new goals, Matthieu Atzenhoffer competed in the French selection for the “Mondial du Pain” where he was chosen to represent France in 2015 in Saint-Etienne. He took second place on the podium and won the prize for best viennoiserie. This second place took him to the “Best of Mondial du Pain” in Taiwan where he took out second place.

Participating in the competition helped Matthieu Atzenhoffer develop his technical skills and creativity. As the final challenge, on the 1st of January 2016, he chose to enrol in the “Un des Meilleurs Ouvriers de France” (MOF) competition, in the boulangerie category. After two years of obstinate and relentless preparation for the competition, Matthieu Atzenhoffer was officially awarded the title of “Un des Meilleurs Ouvriers de France” (One of the Best Craftsmen of France) in May 2019 at the Sorbonne.

With the goal of fully engaging with his international projects and missions, Matthieu Atzenhoffer looked towards entrepreneurship in 2020.

Today, he dedicates his know-how and passion to helping professionals and businesses via training sessions and consulting, creation, optimisation and innovation.

Discover the most popular online lessons

Discover and participate in my masterclasses

VIEW ALL
We use cookies on our website to give you the most relevant experience by remembering your preferences and repeat visits. By clicking “Accept All”, you consent to the use of ALL the cookies. However, you may visit "Cookie Settings" to provide a controlled consent.
Cookie SettingsAccept All
Manage consent

This website uses cookies to improve your experience while you navigate through the website. Out of these, the cookies that are categorized as necessary are stored on your browser as they are essential for the working of basic functionalities of the website. We also use third-party cookies that help us analyze and understand how you use this website. These cookies will be stored in your browser only with your consent. You also have the option to opt-out of these cookies. But opting out of some of these cookies may affect your browsing experience.
SAVE & ACCEPT
Powered by